The University of Bristol’s School of Humanities is located in a series of listed Victorian villas in the heart of the Universities quarters in Clifton. A complex refurbishment was planned and designed by ADP Architects where a new state-of-the-art Humanities Hub Building was added on. The new teaching hub comprises three linked pavilions. These provide a range of teaching spaces, including large, flexible teaching rooms, a cinema room, a 240-person lecture theatre and academic offices. The pavilions and the villas are joined via single-storey links, which provide circulation and exhibition space, and a flexible social learning zone at the heart of the scheme. RIDI Group together with CMB Engineering provided an intricate solution of various products, mainly from RIDI and Spectral brands but also from some of our alliance partnership brands.

The main lighting scheme was a combination of RIDI’s VENICE linear products and Spectral’s acoustic Blade system. Venice was used in both recessed and suspended modes throughout the varying site architecture. As a general theme, suspended versions were slotted into gaps between suspended acoustic rafts. These varied in lengths to suit the spaces. Whereas recessed versions were used in between the timber slatted ceiling sections and areas that contained plasterboard margins. Where the ceilings became higher and where rooflights were used, the Spectral Blade was used as a contrast, providing vertical acoustic baffling but also allowing natural light through.

Elsewhere other products used to complete the project were RIDI EDLR downlighters for toilets and core areas as well as an assortment of VLDF compact linear fixtures. KARO spotlights were used on track in a gallery zone and RIDI’s tried and tested PFZO corrosion resistant luminaire was used in functional areas. External low level Polos bollards and inground lighting were supplied from Landa. 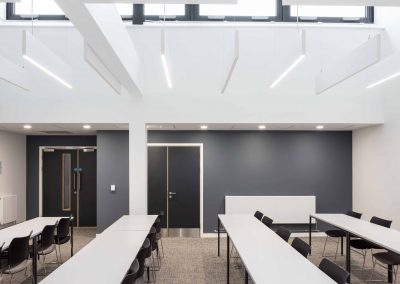 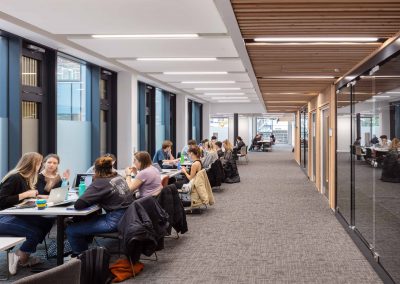 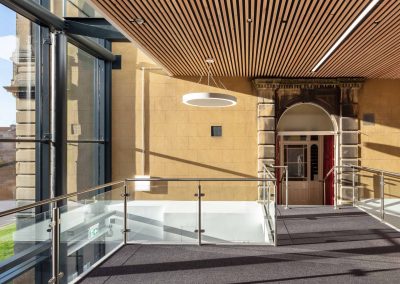 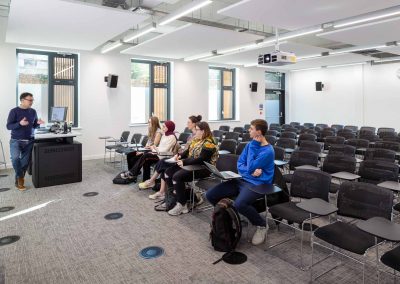 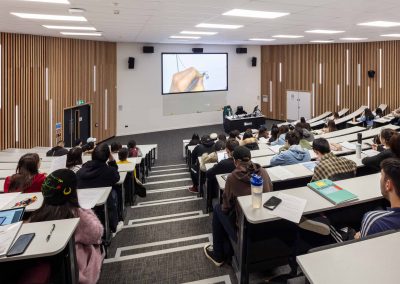 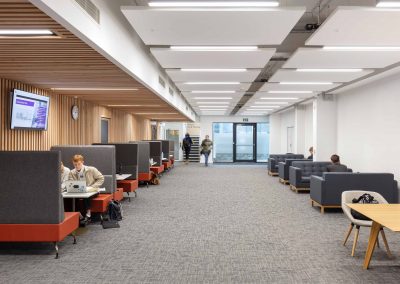 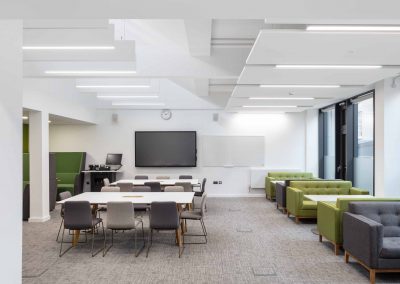 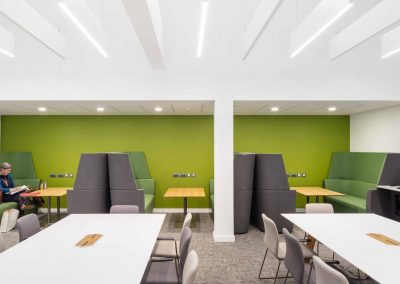 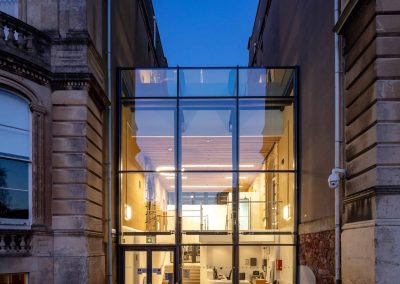 Warwick Business School’s (WBS) London base opened on the 17th floor of the iconic Shard building in 2015, as part ...

Cálem are a historic fine wines brand known for their famous Port. Located in the city of Porto on the south bank ...

Bristol, UKChrist Church Downend was constructed in 1836 and is a Grade II listed church. As part of the ...
1